Those of you who attended NARAM 61 in Muncie, Indiana may remember that we started the event with our newly developed wireless launch control system. That system was designed and built specifically for NARAM to make it easier to maintain the range for the week. While the system worked well on the test bench, using it on the range was a different story. As the sun beat down on the system (and the asphalt it was sitting on) the internal temperature raised far beyond the design limits. Before long the system failed spectacularly. ROCI swapped the system with our older, wired system and a good time was had by all of the attendees. On the other hand, I found myself knee-deep in problems that I had to identify and correct in order to make the wireless system work.

After tearing into the system to evaluate what caused the failure I came to the conclusion that the design was basically sound but required a little tweaking. The weak link in the original design was the surface-mounted MOSFET selected to switch igniter current on and off. This component just couldn't handle the temperatures we encountered. There were two ways to solve the problem: 1) use MOSFETS that could handle higher temperatures, and 2) add a cooling fan to the system. I chose to do both. The new system debuted at a ROCI launch later in the year and it worked very well. In fact, it has become ROCI's primary launch system. 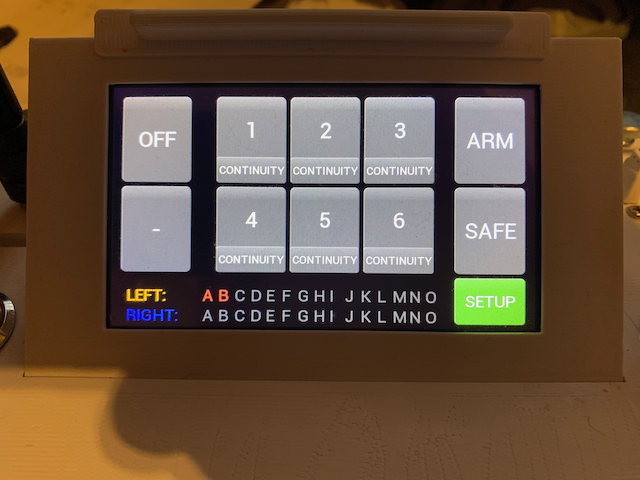 Fast forward two years... The system has now been used at the club's monthly launches throughout this period and has been mostly reliable. We have gathered information about system errors and shortcomings over that time and I have addressed most of these concerns with software patches. After getting the problem under control I started looking at missing features. One of the most requested features was having the ability to select more than one pad to allow drag racing. While I don't personally do drag racing, the feature was requested enough that I decided to have a look at it. Adding it ended up requiring a fundamental change to the system firmware that cascaded into other improvements. The end result is Wireless Launch Control System 2 (WLCS-2).