Wireless Launch Controllers; The Next Step?

Model rocketry started in the early 1950s as a form of space-age entertainment and has become a popular hobby among children and adults alike. Model rockets are launched for various reasons, such as competitive events, educational purposes, and just for fun. They are usually constructed out of paper, plastic, or wood. Model rockets can easily reach altitudes in excess of 500 meters before deploying a parachute and returning safely to Earth to be prepared to be launched again. 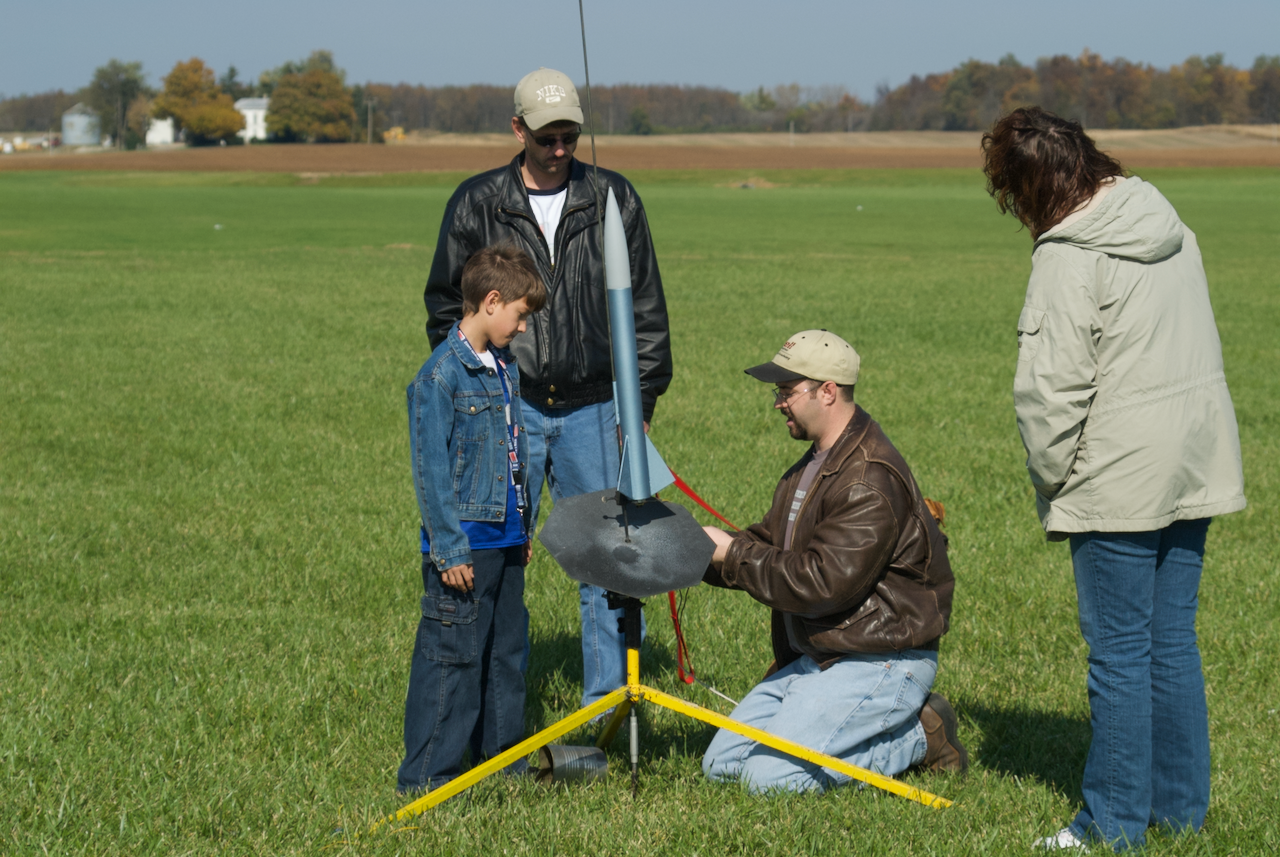 Early rockets used a fuse to ignite the propellant. This method of ignition lead to many hobbyists being injured or burned so, in the early 1960s, an electric-powered model rocket launch controller was introduced. This new system provided a safer launching experience and was quickly adopted by modelers around the world.

As the popularity of model rocketry grew launch events began to get larger. These larger events lead to the development of a more complex, multi-pad launch system with a central control console. Launchpads were connected to the launch controller with a series of cables and were selectable so that only one rocket was launched at a time. This system is essentially what the model rocketry hobby has used since it was introduced.

With the adoption of more powerful engines and larger airframes, it became necessary for spectators and participants to be farther from the launch pads when rockets are launched. These distances have caused a number of disadvantages for the currently used wired systems. The primary problem is the long interconnecting cables. These cables cost a lot of money, present a tripping hazard when run along the ground, and dissipate a large amount of current requiring remote relays at the launch pads.

Cables are a pain to set up and tear down and they can really get in the way when stretched between the controller and the launch pads. Faulty wiring, lost cables, and complicated setup are all common issues when setting up a wired launch range. That's why we need a better solution that will eliminate these problems once and for all.

WLCS - Wireless Launch Control System is the answer. WLCS is an innovative cordless system designed to eliminate all of these problems. It eliminates the cables, eliminates the clutter, speeds setup, and teardown while also providing enhanced data from the rocket, and providing better control for up to 180 launch pads. It takes only minutes to set up and tear down the system and each device is built into its own carrying case for easy handling and storage.